Street art tends to be the one type of contemporary art that you don’t actually have to pay to go see. That is, unless you count the travel costs of getting to the place in question, of course! Not that you usually have to travel far – street art is (quite literally) everywhere. From the odd splatter of graffiti to the Banksy murals that go on to sell for millions, it’s always somewhere close by, if you’re willing to look for it.

But what if you were willing to look a little further afield? Say you had the whole world at your doorstep and could go anywhere you wanted…where would you find the best street art?

Well, what makes for the ‘best’ street art in the world is a debate we’re not going to be getting into right now. It’s just too complex, divisive and impossible to settle. Instead, we thought we’d highlight what are undoubtedly seven of the best destinations in the world to see outstanding street art – all of which should make it onto your list…if your travel budget is rather on the generous side!

First up, this place is often referred to as the yoga capital of the World by those who are into that sort of thing. Aside from this, it’s also renowned for playing host to some of the most incredible street art on Earth. And it’s not just confined to streets, either – you’ll find it all over the place. Bridges, buildings, broken tin roofs – all part of a street art movement that’s captured the world’s imagination. Time your visit right and you could also check out the annual Rishikesh Street Art Festival. ‬‬ 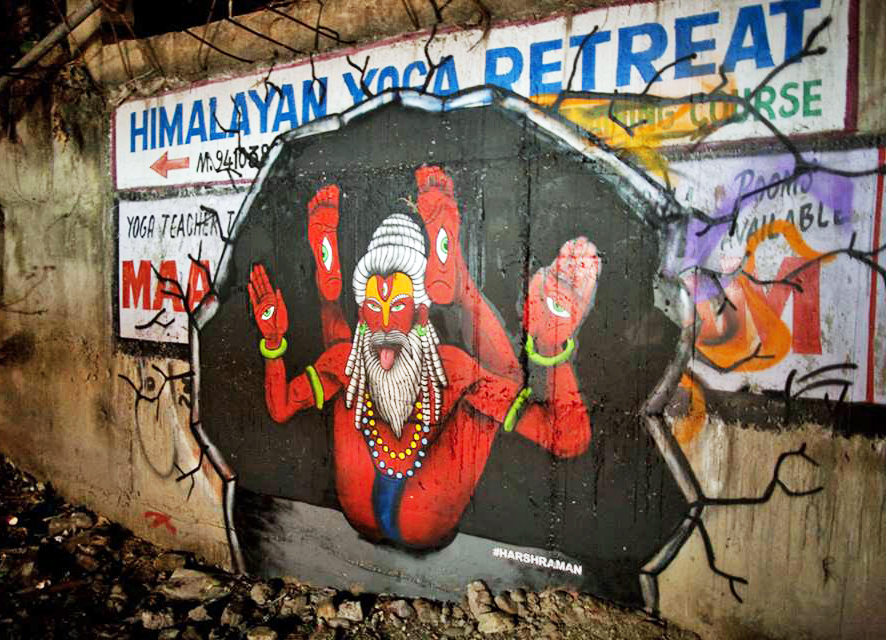 A city with a reputation for being as culturally diverse as Toronto was always going to have a spectacular street art scene. And it has – particularly if you head over to Graffiti Alley – aka Rush Lane. The kilometre-long modern street art masterpiece is once again painted over to produce a blank canvas every year, pulling in artists from all over the world who want to make their mark on the city. Albeit, a temporary one. 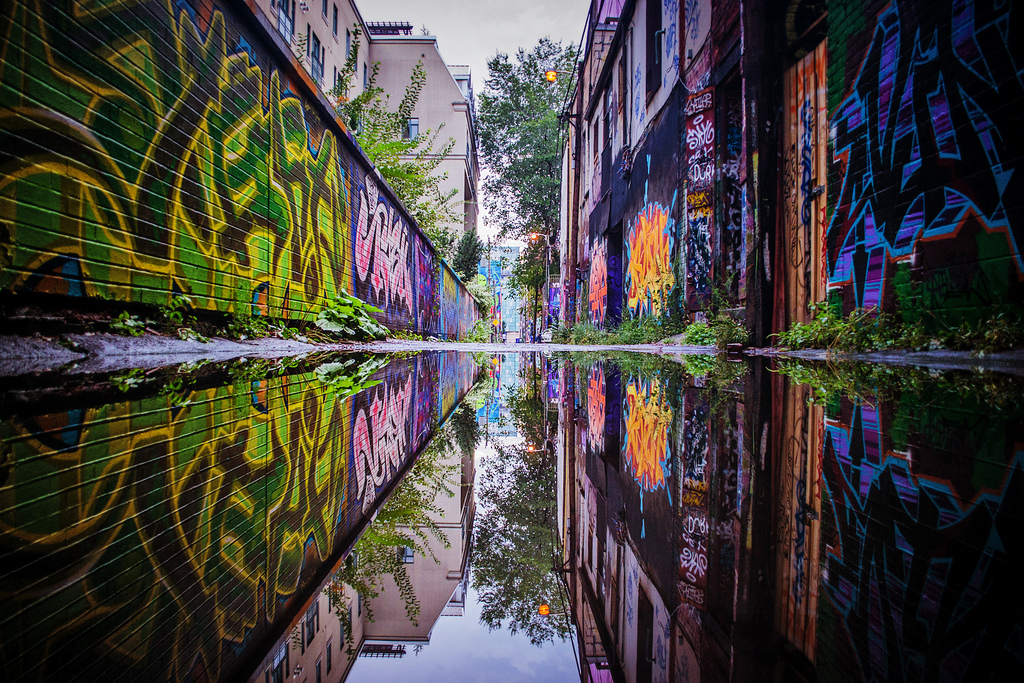 An artist known locally as El Niño de las Pinturas – often dubbed the ‘Spanish Banksy’ – has done a great job transforming the Realjo quarter of Granada into something of a living, breathing masterpiece. Less spray scribbles, more thought-provoking watercolour murals the likes of which pull in art lovers from all over Spain and beyond. Things become even more mind-blowing at night, as it’s not until the shops close and pull down their shutters that you get to see the incredible artwork that’s hidden during the day. 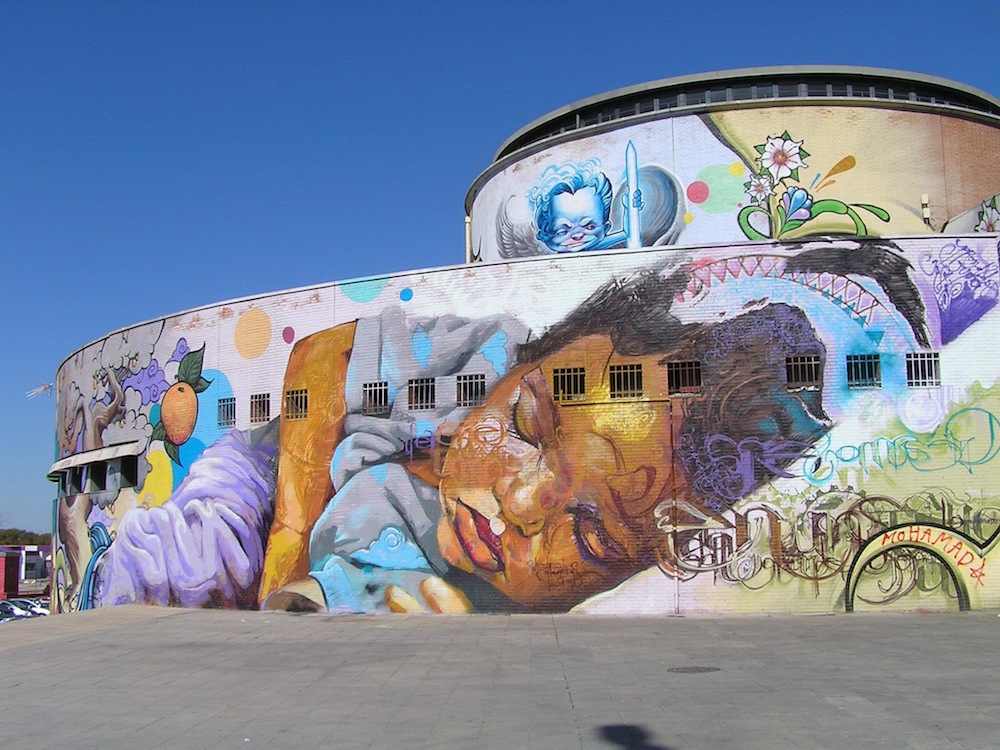 Local authorities in Lisbon have done what basically any major city should do these days – they’ve designated specific areas of the city where street art is both permitted and encouraged. Which is great, because it means that if you’re out and about at the right time, you can watch local artists at all levels turning graffiti paint markers into modern masterpieces. Which they do with gusto – most of the areas where street art is permitted are covered in stunning artwork, right down to the last available inch!

If you’re quite happy to tolerate an ever-expanding crowd of painfully-cool hipsters and a fair few squatters, Stokes Croft is where to head in Bristol. Banksy might be from Bristol and there’s always the chance of stumbling over his work, but it’s the local artists that really steal the show as you wander the once-foreboding alleyways at all hours of day and night.

Slightly further afield, there’s a vibrant student population about the place here and Hongdae is known across the country as the place to head for epic nights on the town. Creative art students have decided to make the area surrounding the university their own, getting busy with walls, shutters and freestanding concrete blocks in a constant state of change. 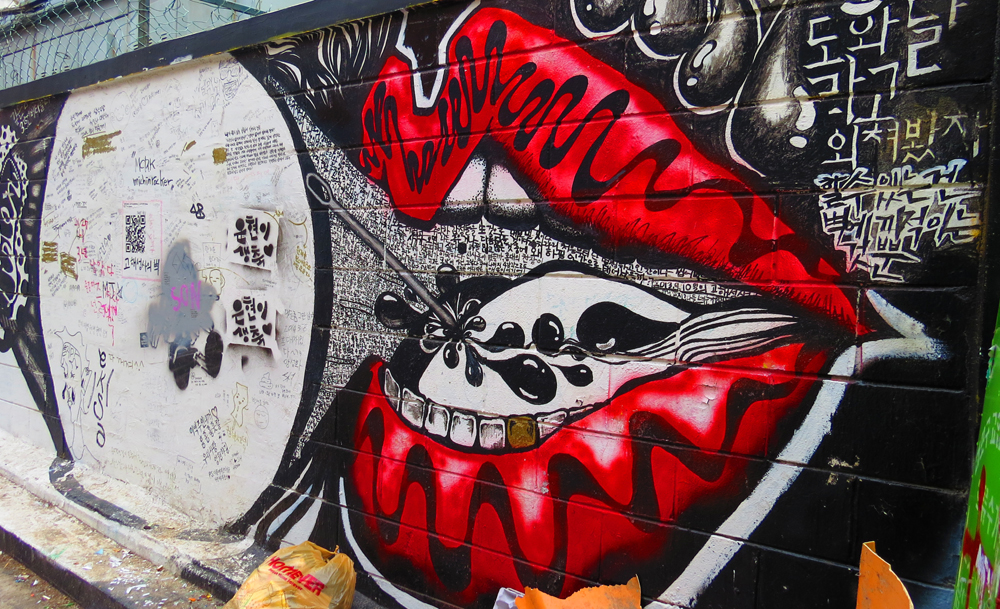 Last up, if you happen to be over in East for a while, Melaka has recently taken the torch from Penang as the kind of place any street art fan simply has to see. Drab, deteriorating properties and once-thriving riverside areas blasted with colourful murals and artwork, which perfectly represent how the place and its people have changed over the generations. 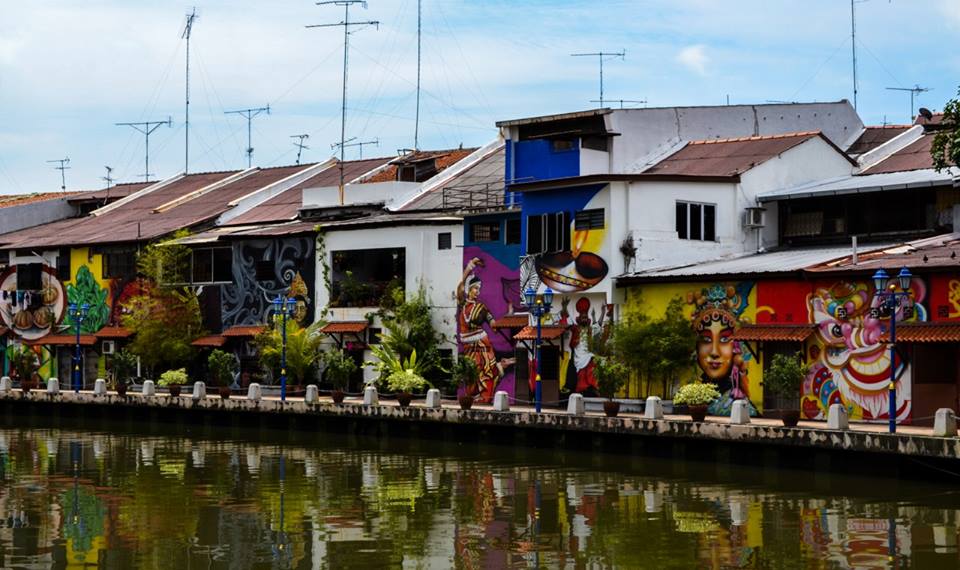 Written By
Mark
More from Mark
This weeks product feature comes from Swedish company Eimdall Design and their...
Read More