If you’re in the market for a used car, then it’s likely the fuel economy is going to be pretty high on the list of priorities. You may start browsing the used market thinking that to get the best fuel economy, you have to drive a diesel. Again, this isn’t going to be the ideal choice for a lot of motorists. If you’re a low-mileage driver, then the best choice for you is definitely going to be in the petrol and hybrid arena. Here, I’ve listed some of the most fuel-efficient petrol powered cars on the used market today.

Like me, I’m sure you can remember when the idea of hybrid cars was something new and revolutionary, and constantly sparking debates among car nuts. These days, the things are absolutely everywhere, and they’ve changed the way they present themselves quite a bit. We used to be limited to large, clumsy, swooping things like the Prius, but models like the Yaris have brought hybrid technology into the hatchback format. This little runner is fitted with a 1.5-litre petrol engine, backed by an electric motor. The official economy reports put out by Toyota says the Yaris hybrid has a generous 80.7mpg, but many auto journals have said that the real figure is closer to 60mpg. This is still very respectable, especially when you stack it up against similar diesel models, and consider the price you’ll pay for gas. Even the regular petrol-powered Yaris can clock a decent 50mpg, which has made it a common sight at used dealerships like Car Deal Warehouse.

You may not have expected to see the name “Lexus” come up in this list. While most of us don’t really associate the luxury arm of car companies with good fuel economy and being green, this model really shook up people’s expectations. Although the smallest model in the current fleet, you’ll know you’re in a Lexus as soon as you sit down in this car. It’s taken its 1.8 litre hybrid system from the Prius, and gives you all the same benefits. The official economy says it gives you 78.5mpg, and in the entry-level “S” model the CO2 emissions are only 82g per kilometre. While you’re sure to save a lot of money by purchasing a CT200h, be sure to take a test drive before you make any offers. The CT200h has a little more bite than you’d expect from a car of its size. This makes it a little harder to drive for some people, but you can be the judge of how important that is.

You’re going to see a few Toyotas in this list, and there’s a reason for this; they’re big on efficiency. On the surface, many people would take the Auris as a souped-up Prius, but you have to dig a little deeper to really understand the potential value in it. While the Auris Hybrid models its engine on the original used in the Prius, there have been a few improvements which have led to an overall more efficient machine. This makes the Auris a brilliant middle-ground between a standard hatchback and the benefits of a hybrid. If you were to glance at an Auris Hybrid, you’d be forgiven for thinking it was a Focus or an Astra. Look around the interior, and you’ll be shocked at how closely it resembles more commonplace hatchbacks. Despite this, it still carries all the green credentials of a hybrid. If you’re looking for a great all-rounder, the Auris is certainly one to consider. You could also check out www.hirebrid.co.uk to get your own hybrid. 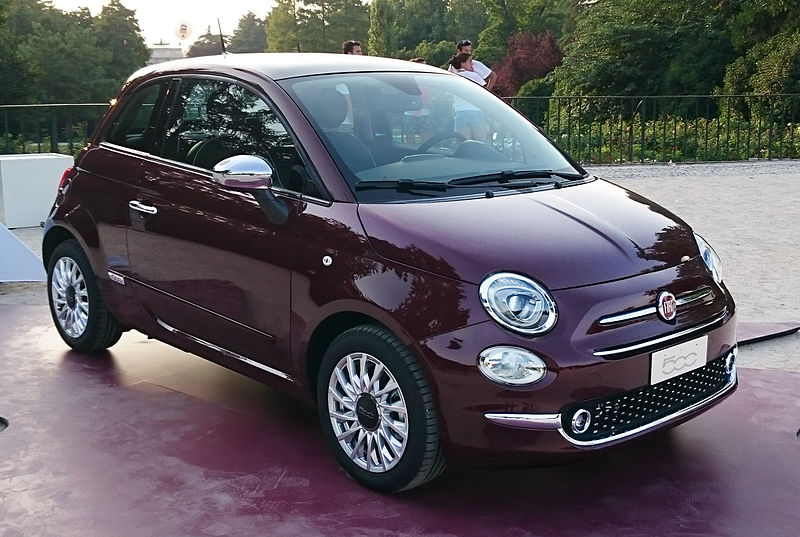 Since it was first announced, Fiat’s Twin Air engine has found its way into many good models. This two-cylinder model has massive potential for fuel economy. However, when push comes to shove, the performance on the road falls a little short of the official economy figures. Now, I’m pretty certain that a lot of you will take one look at the 500, and immediately know you’re not going to buy it. This is a diddy little city car, and its rounded, bubble-like shape is as far away from sexy as you can get in a car. However, if aesthetics and comfort are secondary to you, you may still want to get a 500 Twin Air just for the economy. When stacked against its rivals like the Fiat Panda or Chrysler Ypsilon, this model of the 500 will save you massive amounts of money.

The clue’s in the name with this one! Look at a few ads for this zippy little city car, and you’ll see a lot of them boasting about its 68.9mpg figure. To be honest, this is a fairly common value in a lot of smaller cars, mainly thanks to the CO2 emissions this correlates: 95g/km. So, you can get that kind of efficiency and a nice tax break by looking for a car around this mark. If you really want to save money though, and skip a lot of searching through used car lots, just pick the Citigo Greentech. This is among the cheapest cars to buy with such a good fuel economy. At most dealerships, you’ll be able to pick one up in good condition for about £5,000 to £7,000. If the Citigo isn’t quite to your tastes, then the green Up! models wouldn’t be a bad alternative.

We’ll end it all with another great city car.  While a little more expensive then Skoda’s Citigo Greentech, the difference in the cars themselves is pretty negligible. A minimal, plastic interior, nimble handling and the magic 68.9mpg makes this a city car that no one can complain with. In fact, many people uphold that it’s one of the more stylish ones. A slightly more streamlined shape, along with pointy, angular headlights and nice rim designs make it a more stylish choice than the green Citigo. If it’s savings, you’re better off with the Skoda. However, if you’re happy to go a little over for more attractive aesthetics, then consider the mii.

Written By
Mark
More from Mark
Nothing quite beats the excitement of purchasing a new iPhone, iPad or...
Read More