Think of Spain and you think of stunning beaches, hot sunny weather, great football teams, flamenco, paella and lush alpine greenery striding up snow-capped mountains? Really? Very few people seem to know about the marvels of green Spain on the north coast of the country, so it’s probably not surprising that as such it’s an unspoilt area where you can experience the real Spain, away from the bustle of the tourist hotspots in the south. In fact, Northern Spain is a favourite holiday destination for the Spanish themselves!

The Picos de Europa is a Spanish National Park, and the largest part of the Cantabrian Mountain range. It stretches across the borders of 3 regions: Asturias, Cantabria and Castilla y León and is made up of 3 massifs, the Andarra, Urrieles, and Cornión. The climate can change very quickly and you can find yourself in a sudden downpour even on a sunny day so it’s best to be prepared!

With the mountains’ proximity to the northern coast, the climate is affected by both the continental and maritime climates which cause such shifts in the weather.

You can get to North Spain from the UK via a flight or the ferry – yes you can now take your car on the ferry to Spain sailing from either Plymouth or Portsmouth to with Brittany Ferries and arrive in Santander, where, with just an hour’s drive from the town’s golden beaches that are so elegantly framed by the Picos mountains in the distance, you can be climbing up into them.

By following the N-621 up into the mountains, you will discover the Desfiladero de la Hermida at the north-eastern edge of the National Park – a spectacular gorge that cuts through the rock, and the road twists and snakes through it.

A delight for driving fans! The movement of vehicles in the park itself is strictly regulated so it’s best to join an SUV tour with one of the specialist companies in the area if you want to explore with some off-roading.

Otherwise, it’s time to leave the car, and the rest of the world, behind to enter this magnificent territory on foot!

Awe-inspiring peaks of jagged limestone rock, like Peña Santa, Naranjo de Bulnes, and Torre de Cerredo, the highest peak in the Picos with an elevation of over 2,000 feet, are topped in winter with huge amounts of snow that gleam beautifully in the sunlight. Naranjo de Bulnes is one of the most famous climbs in Spain, especially the sheer vertical wall of rock on its western face. Dramatic rock faces, incredible gorges, and some of the world’s deepest caves are interspersed with rich, verdant forests that hike up the mountains with you.

The rolling hills at the base of the mountains are covered in lush vegetation and pretty woodlands, and you’ll also find the glacial lakes of Covadonga – 2 beautiful lakes that have been the backdrop to several races of the Vuelta a España (Spain’s version of the Tour de France) with the road that ascends from Covadonga to the lakes now one of the most popular climbs in professional bike racing. The Picos also has many wonderful river valleys as several rivers including the Sella, Deva and Cares all flow in and around the park. At times, the rivers become gushing white water rapids and majestic waterfalls. 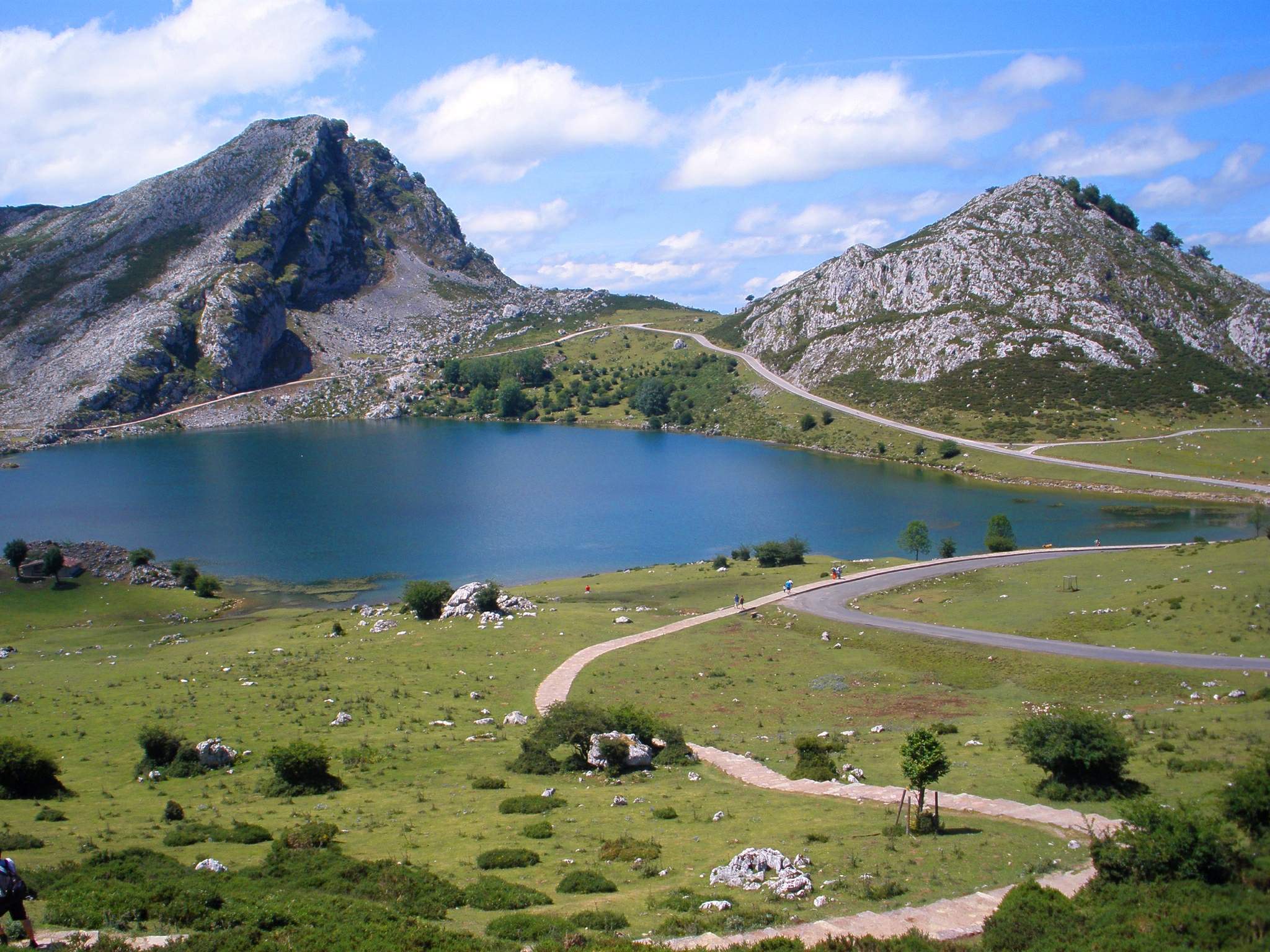 A strict no hunting policy is in force in the park so much of the wildlife, such as the mountain goats called chamois, is largely unafraid of humans. You can often get near enough to a chamois for a great close up! However, there are some endangered species in the park such as the Golden Eagle, and the Cantabrian Brown Bear – who is best avoided! Other than a few small villages tucked away, these are your only companions in the peace and serenity of the mountains.

Outdoor sports and activities in the Picos

The amazing scenery means that the Picos has a huge variety of outdoor sports and activities on offer. From hiking and mountain biking to quad biking and horse riding, there are many ways to get around the park on designated trails, including walking trails for different abilities. You can also arrange to have a guide. For a quick ascent up into the mountains, take the cable car at Fuente Dé which ascends 750m in just 4 minutes and affords some of the most breath-taking views in the Picos. 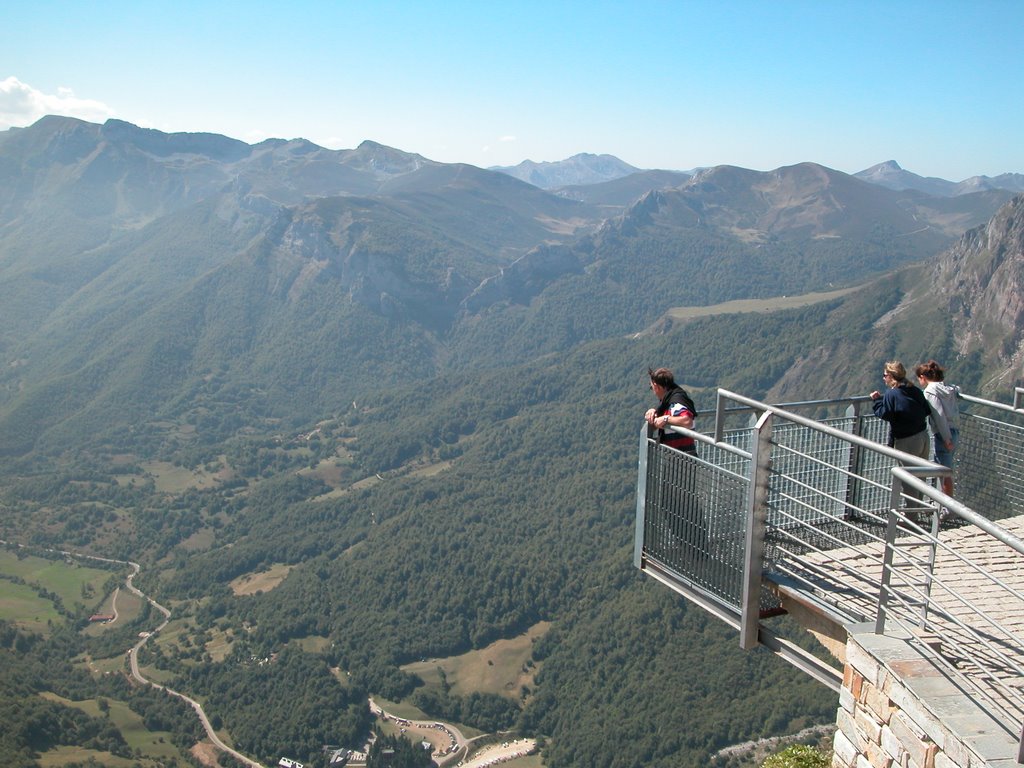 On the mountain-tops covered in snow there are several sports to try such as snow shoeing, ski touring and ski mountaineering. There are no ski resorts so you can enjoy the freedom of skiing off-piste and away from the crowds of some other mountain resorts. Rock climbing, canyoning, and potholing are popular activities amongst the incredible rock faces, gorges and waterfalls. Or, for those who love the water, you can go canoeing and kayaking along the many rivers in the park and there’s even white water rafting for the really adventurous!

After all that exercise, you’re bound to have worked up an appetite and the rustic and hearty cuisine of the mountains is delicious. Home-cooked food such as cocidos montañes, a rich stew of beans and mountain vegetables with pieces of pork, will fill you up after a long day’s hiking and climbing. 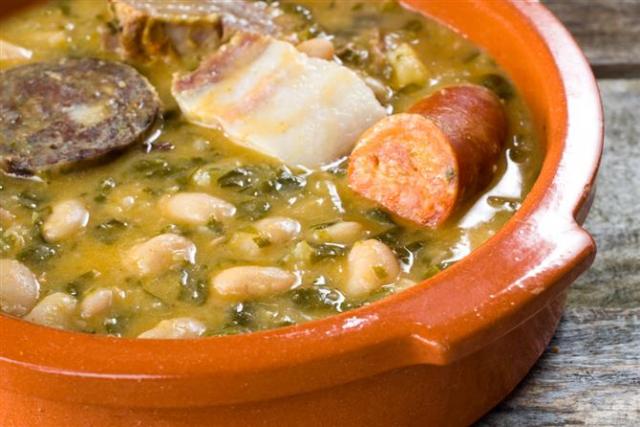 The area is also known for producing many different cheeses made from cow’s, sheep’s and goat’s milk. Some of the most famous are the blue cheeses, Cabrales, which has a distinctive tangy flavour and is aged in the limestone caves of the Picos, and Valdeón, a rich and creamy cheese that is wrapped in sycamore leaves with a slightly milder flavour than the Cabrales. 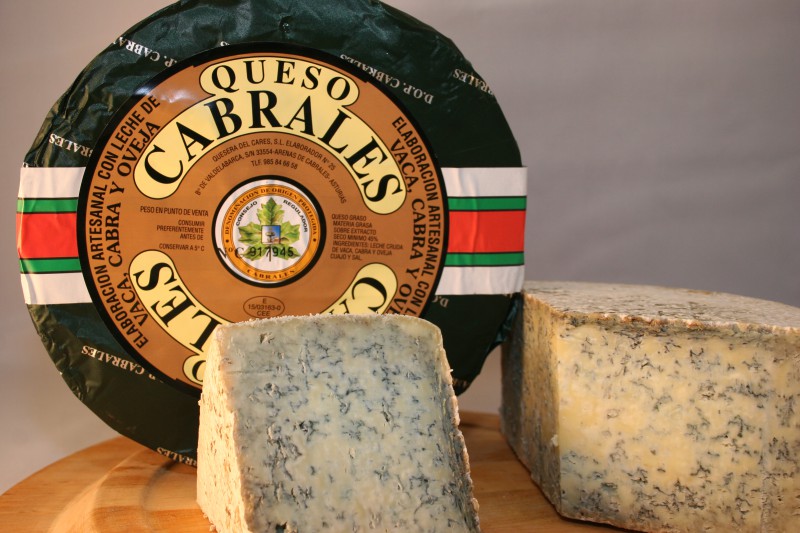 A great way to round off your day, enjoyed with a glass or two of fine Spanish red wine.

Whatever your adventure activity, the Picos de Europa will be a destination you’ll never forget.

Written By
Mark
More from Mark
After a certain point, your car can start to feel like part...
Read More