A game where you command vast armies of men and mythical creatures on your apple or android device – what’s not to like! Stormfall puts players in the middle of a land grab between warlords after a kingdom has fallen. The goal of the player is to restore peace – the slight problem being that this World is inhabited by warlords who are not really into the whole peace thing. Nevertheless, you will have to turn the land back to a more prosperous time. To do so, you start with a small and battered castle and build up a kingdom through resource management, research and battling.

Those who are used to playing real-time strategy games like myself will find this very familiar, those who haven’t should pick it up pretty quickly. Pros may be tempted to skip over the tutorial-style quests, but should be prepared to miss out on loads of resources that they provide. Don’t worry because Stormfall will give you every opportunity to complete quests with a sizable pop-up that will be too much to ignore and you’ll be rewarded with extra items. 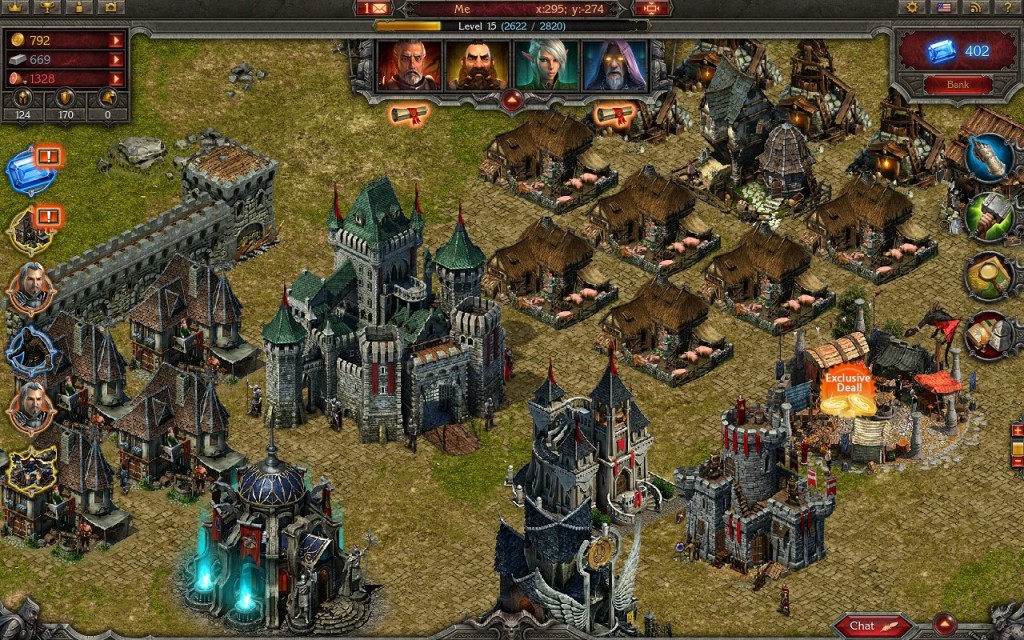 Quests are given throughout the game, complete with voiceovers and significant blocks of text which is all beautifully presented along with some cool music. Quests direct you through basic gameplay elements initially and often carry bonuses in the overarching quest of peace in the kingdom.

Resource management is a big part of the game  allowing for kingdom expansion and unit upgrades and it’s cash that makes these actions happen faster. Sapphires are the currency in Stormfall which can be earned, purchased, or added by completing offers. The interesting way that Stormfall handles currency is by placing a premium on what the Sapphires can do. They’ll speed up the building process like any premium currency, but they’re also the only way one can build Imperial units. Complete quests and you’ll be rewarded with Sapphires to build a firm defence around your facilities and speed up the research and development of your other projects. You can earn Sapphires through standard gameplay, but it’ll take quite the grind to keep all parts of your kingdom firing fully.

In terms of social interaction, the game requires you to enlist friends to finish quests. If you’re happy to send these type of requests to your friends then you’ll have no issues handling the questing system in Stormfall. Having friends play along is a helpful addition, giving players access to units only available through social play. Want to expand your territory? Add 10 friends or pay an excess of Sapphires.

Whether you’re a pro at real-time strategy games or a beginner, there’s something for ever gamer with Stormfall.

Written By
Mark
More from Mark
While there may be hundreds of frequent flyer rewards programs around these...
Read More