Technology now plays a role in every aspect of modern life, and public safety is no exception. In a fast-moving emergency situation, it’s vital to be able to access information with real-time updates. This post has been created in collaboration with Nokia Networks to give a few examples of tools that are used by emergency responders. They can be utilised to coordinate and manage their efforts when disaster strikes.

Unmanned drones are one example of technology’s increasing role in public safety. Drones can be used by firefighters in forest fire situations, for example. 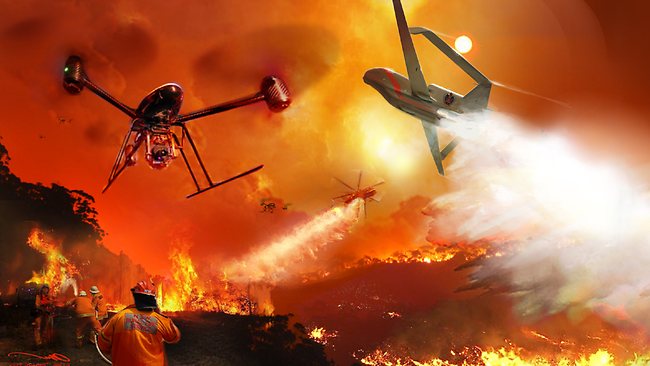 When strengthened to withstand extreme heat, they can fly to areas with low visibility and provide audio, video, and other data. At the moment the latest models are used for high quality video and photography, which is a natural fit for the public safety sector.

Drones could potentially be used by emergency responders to host communication platforms, allowing individuals to communicate in rural areas or cities where the usual network has gone down in an emergency situation.

Another example of public safety technology is the use of mobile apps. These are beneficial not only to emergency response teams but also to civilians on the ground who need accurate, reliable information quickly. Most major emergency response organisations host their own in-house apps, including the Red Cross and the UN. Businesses can access these as well or use apps like Preparis to work out the most effective emergency plan in advance. The WISER Wireless Information System for Emergency Responders offers a veritable library of info for responders, on the go. This includes tools to identify potential hazardous materials, triage tools, and best practice guides for various emergency situations. Another major tool is the Homeland Security Information Network or HISN. Although it’s primarily web-based, the program can also be accessed via mobile device and includes a secure messaging system between multiple government agencies.

In addition to apps, cell phone alert systems are extremely effective in getting out the word of an impending emergency situation. While citizens used to rely on radio or television alerts, they can now receive text or voice messages with vital information. Systems like “reverse 911” in the USA are often used to broadcast severe weather alerts, for example. The technology has grown to now also offer VoIP alerts via Skype or other providers, and should continue to advance.

One of the most vital factors in any disaster situation is the ability for public responders to be able to communicate. When a natural or manmade disaster strikes, the local telecommunications infrastructure is often one of the first things to go. Drones are one potential solution to this problem, as mentioned above. Another option is to use portable networks. For example, Nokia Networks public safety technology includes a type of “broadband in a box” that can be moved directly to the disaster zone to aid in emergency management. Without this type of portable network, it would be impossible to access some of the other tools on this list.

Furthermore, cloud computing and storage systems can be used to store data at a distance from areas where the infrastructure has temporarily failed. It’s important for responders to have access to this data to analyse the situation both during and after an event. This can help them coordinate a more efficient response in the future. Cloud storage can be scaled down or up as necessary, which is an added benefit in shifting situations.

Naturally, as technology progresses the need for even more efficient public safety tools will grow along with it. Emergency response has already come a long way in the past few years due to the use of tools such as the ones mentioned above, ensuring that first responders have access to live, real-time updates and that civilians receive the life-saving alerts that they need to prepare. As networks grow increasingly reliable and we see technology such as the Internet of Things grow and change, we’ll see these efforts grow increasingly effective as a result.

Written By
Mark
More from Mark
The art of hand writing a letter to someone seems to have...
Read More