Many people are interested in and collect guns as a hobby for display purposes, I am not one myself, but I was recently curious as I saw the term ‘deactivated guns’ being discussed and wondered what this meant. I did a little research and found out that deactivated guns are..

guns which have been converted so they can’t discharge any shot, bullet or any other missile.

As you can imagine there is a lot of laws concerning owning a gun here in the UK. Deactivation is intended to be permanent and UK deactivated weapons must be submitted to one of two Proof Houses (Birmingham and London) in order to check that they have been correctly deactivated to UK specifications. If this is the case they are stamped accordingly and have a deactivation certificate issued. This clearly states what the weapon is and records its serial number. This certificate provides evidential proof that the weapon is no longer a firearm in the eyes of the law and that it is perfectly legal for an individual to own. For example this deactivated tokarev tt pistol gun is deactivated in the United Kingdom and holds a London or Birmingham proof mark and certificate stating that the weapon has been deactivated correctly and is legal within the UK. 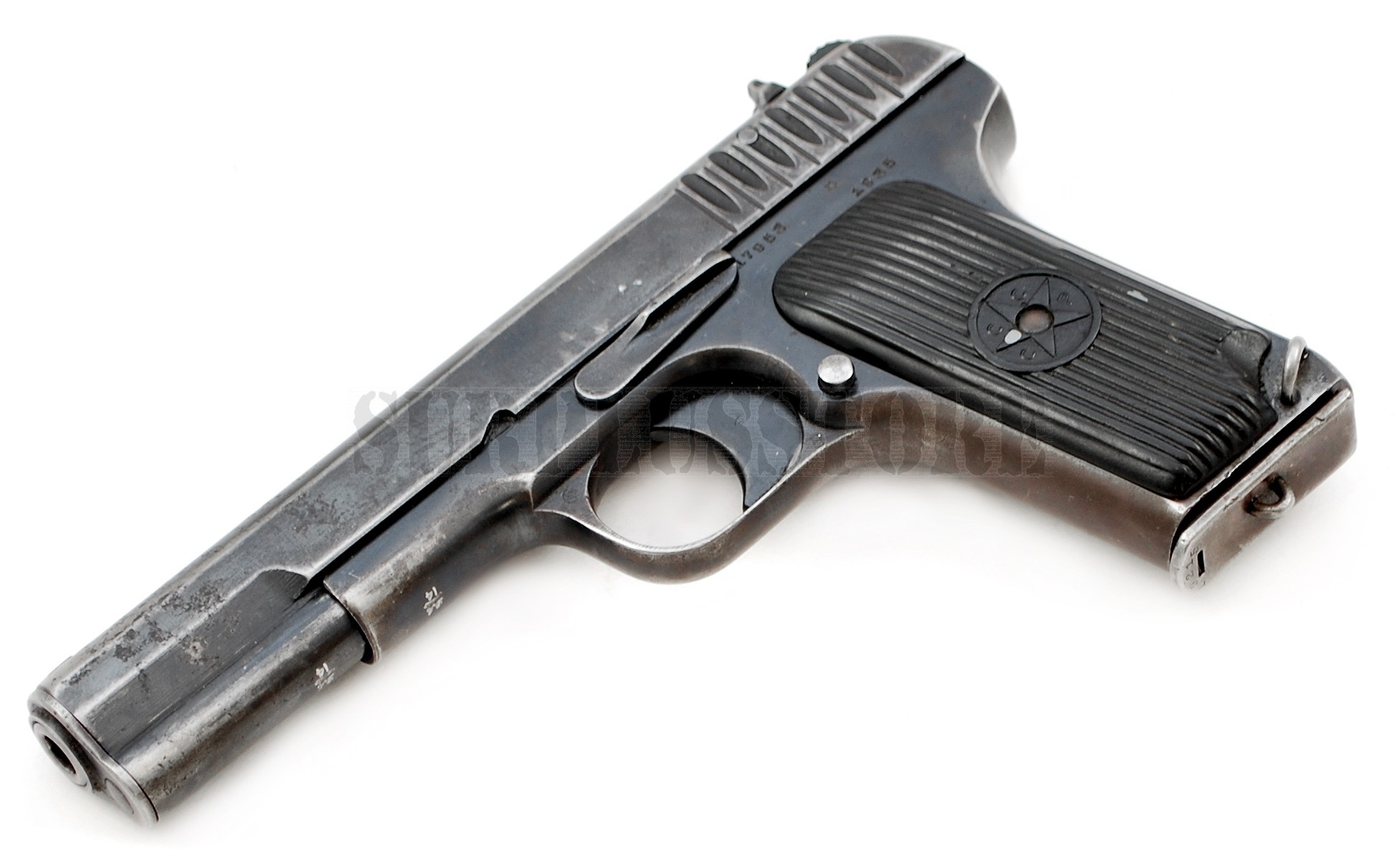 Guns like the Tokarev TT pistol have interesting histories and as a result are seen as collectable/investments. The TT semi-automatic pistol is familiar to many American arms collectors and was developed in 1930 by Fedor Tokarev(1871-1968). This pistol was named after the city it was developed and produced (Tula) and its designer (Tokarev), or TT for short.

It was developed to meet requirements of the Red Army. In the late 1920s the Red Army issued a requirement for a powerful semi-automatic pistol, chambered for 7.63 mm Mauser round, that would replace the Nagant revolver and Mauser pistol. The Tokarev design competed against semi-automatic pistols, designed by Korovin and Prilukiy. New Russian designs also compared with Western designs, such as Browning, Luger and Walther. As a result, the Tokarev pistol was selected as a winner by the Red Army. The Tokarev TT-33 pistol served from 1930 to 1965 with over 1,700,000 produced. For more information about the Tokarev TT pistol, head over to Wikipedia here.

Written By
Mark
More from Mark
For those of us that count alcohol as a big part of...
Read More