22,000 cyclist casualties in England every year.

Anything that can potentially help cycling to be safer here in the UK is a great thing. We featured the collar airbag last year and this year we want to showcase an award winning concept cycling helmet called optic from UK based DCA Design which was winner of this year’s Red Dot “Best of the Best” concept award in the mobility category. This amazing cycling integrates a cool drop-down visor into a bike helmet giving cyclists even more necessary information to make decisions quickly and safely. More than a shield for the eyes, the visor integrates information from front and rear cameras offering up a 360-degree view to the user. There’s also additional navigation tools and journey statistics. Altogether, making the Optic cycling helmet unlike any other helmet available to buy today. 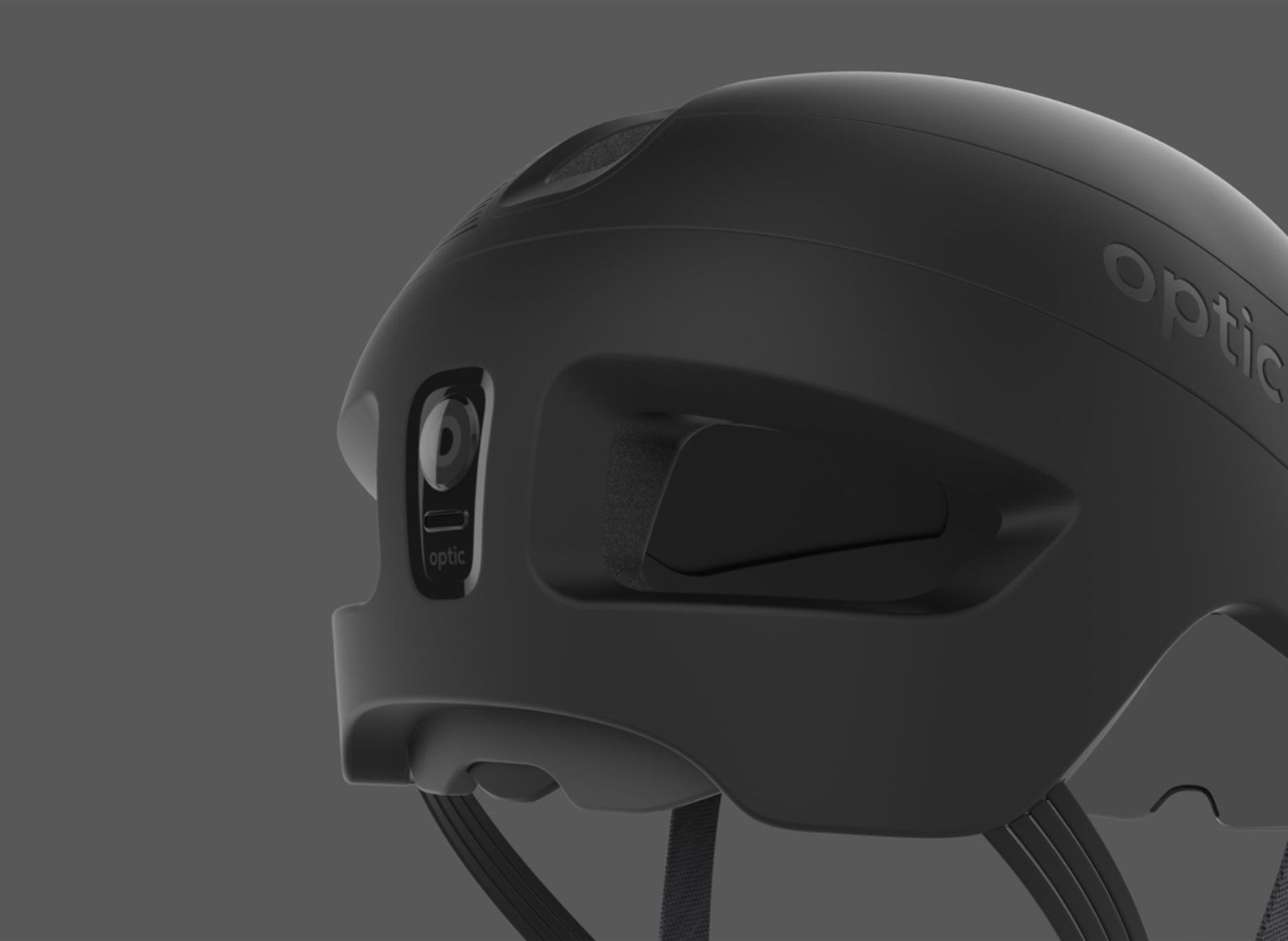 The coolest feature apart from the drop-down optical display is the rear camera which captures a full 180 degree vantage which minimises cyclists’ largest blind stop allowing eyes to be focussed to the road ahead. Obstacles are laid out before riders while the bigger picture map remains easily accessible. There are also plenty of cycling statistic tools out there right now, but none that integrate distance, speed and heart rate into such an extensive road monitoring system. Flash memory data storage and a BlueTooth card allow all information to be recorded—either for analysis or reviewing any potential incidents that happened along the way.

Should wearing a cycling helmet be law?

Cycling is statistically safer than gardening and yet it doesn’t feel like it when you’re cycling next to a lorry or car that gets too close at a busy junction. Should the UK make wearing a helmet whilst cycling compulsory? this topic has been hotly debated and UK cyclists are currently not required to wear a helmet whilst cycling. This list details countries when it is illegal to ride a bike without a helmet. There tons of research you can read online about the advantages and disadvantages of making cycling helmets compulsory such as Bike helmet laws ‘do not prevent head injuries’ but one thing is for certain – cycling helmets alone aren’t going to help make cycling safer.

Chris Boardman talks about this here on britishcycling.org.uk and the reasons why he didn’t wear a helmet on a BBC breakfast show. He draws attention to this video below from the Netherlands for an insight into why helmets aren’t the answer to keeping people on bikes safe. This video if from Utrecht in the Netherlands where helmet use is less than 0.5% and who have an incredible safety record and some of the lowest casualty rate of anywhere in the world.

However countries that have tried to bring in compulsory helmet laws such as Australia and New Zealand have actually seen a 30% to 50% drop in the number of people cycling!

Given that the health benefits of cycling outweigh the risks by around 20:1 (one recent study put it at 77:1), it can be shown that only a very small reduction in cycle use is needed for helmet promotion (let alone helmet laws) to shorten more lives than helmets themselves could possibly save, regardless of how effective helmets might be. When less than 2% of people in the UK cycle regularly, bringing in a law that would actually put more people off would be a serious step back.

Law changes won’t fix the problem of cycling safety here in the UK and it sounds like it would only make things worse, but the Optic helmet from DCA Design is absolutely a step in the right direction by using technology to help cyclists make decisions quickly and safely.

Written By
Mark
More from Mark
The secret to effective advertising is to make a great first impression....
Read More