Louis Masai is a painter, sculptor and muralist and uses his work to highlight the 6th mass extinction, climate change and species equality. Current his works deal with endangered species, created into patchwork of plush toys stitched up by bees. A profoundly proactive and environmentally engaged artist, Louis Masai’s work touches on poignant endangerment issues, questioning our relationship to the wildlife with whom we share our world.

In his new and first solo show in London, titled Missing, Masai will show a selection of brand new works – paintings and sculptures, each with a specific continent focus through an animal indigenous to that region and now endangered, those that will soon be ‘missing’ from our biodiversity. From graffiti to canvas, Masai’s patchwork animals are created with a genuine passion and respect for animals in the wild, from the South African penguin to the humble bumble bee. As a painter, sculptor and muralist, Masai uses his work as a way to highlight the 6th mass extinction, climate change and species equality. 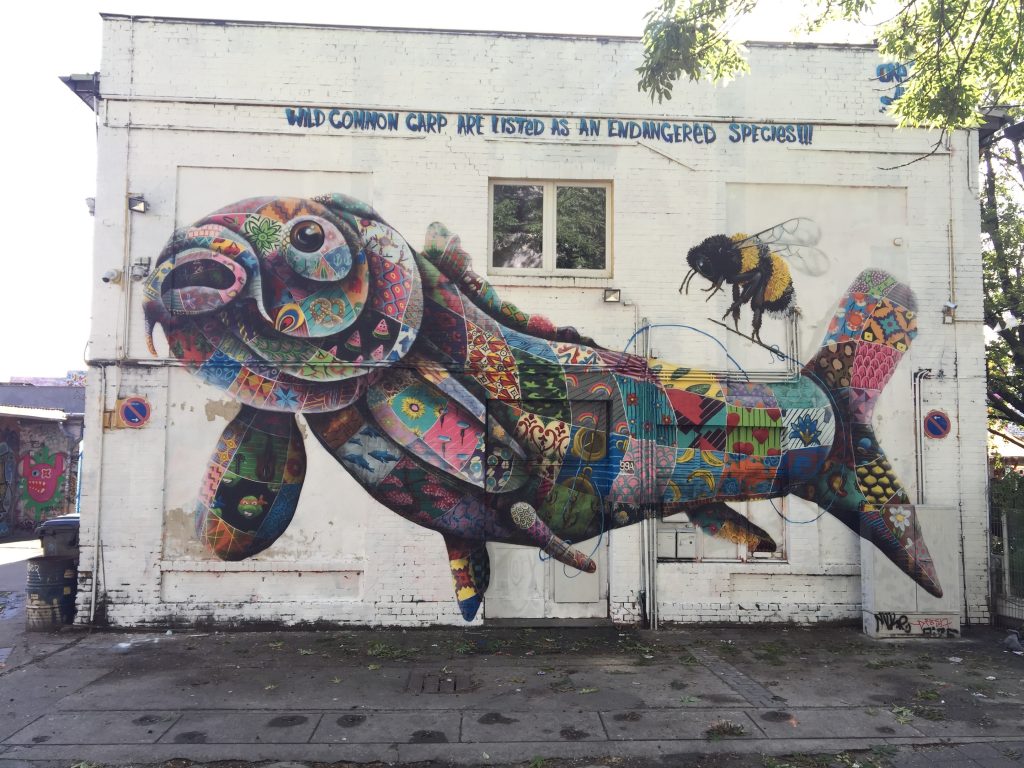 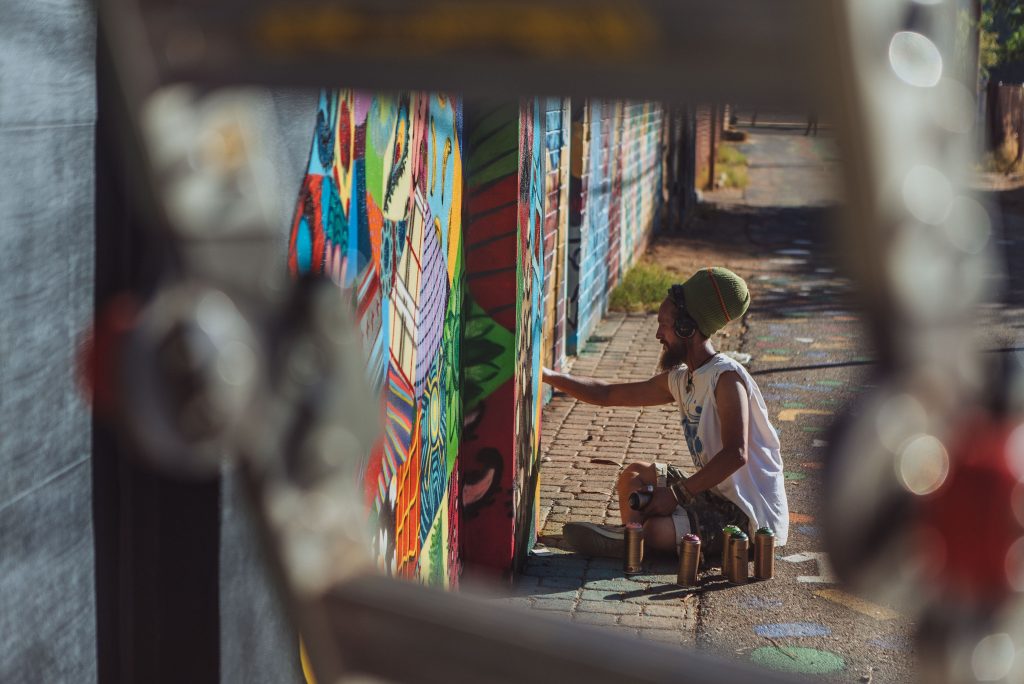 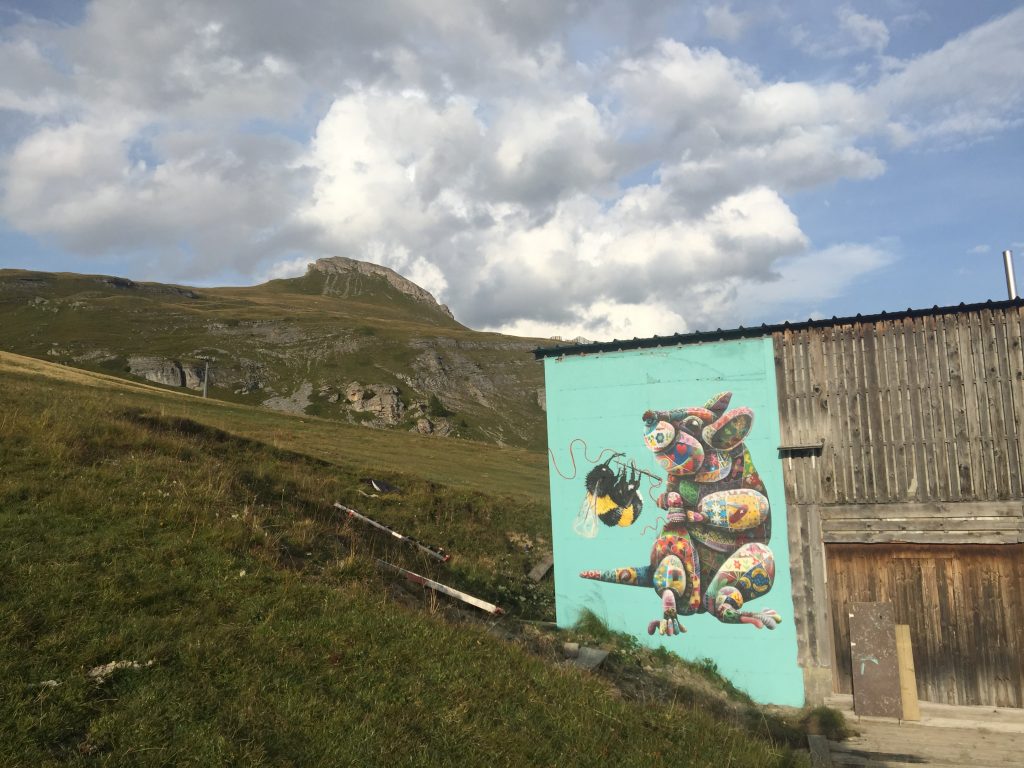 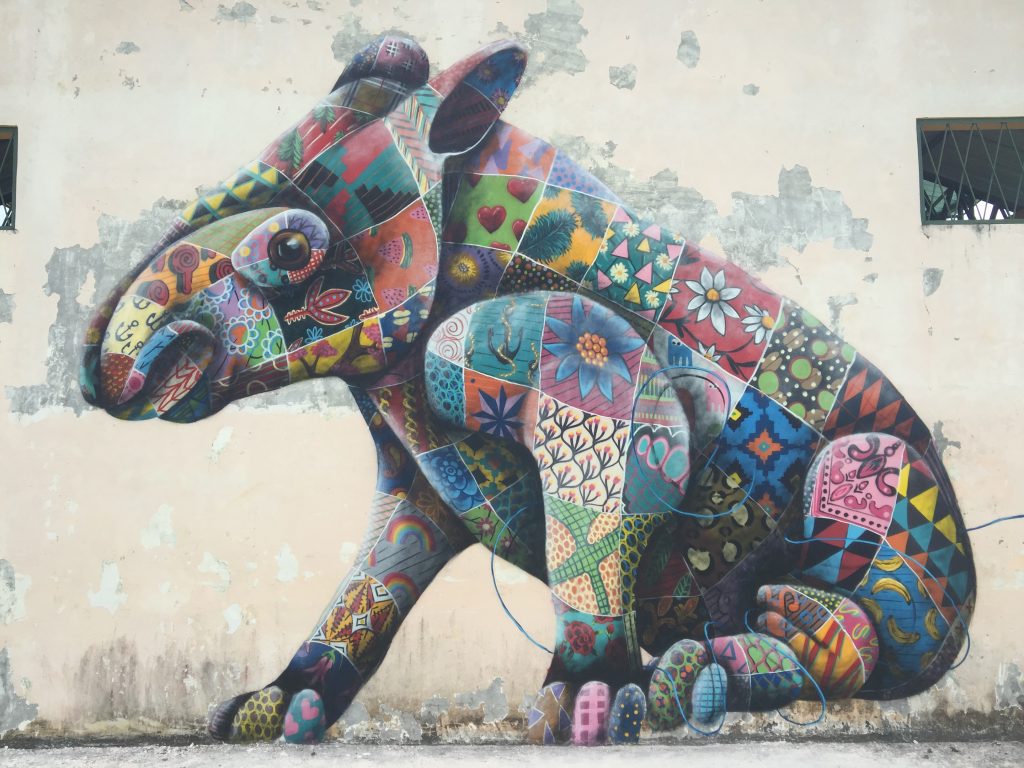 Held in the one of the most atmospheric exhibition spaces in London, Euston’s Crypt Gallery, the show will run between the 24th to the 27th May, opening to the public on the 25th. Masai will combine displayed works with elements of interaction and immersion, plunging the viewer into a forest of trees, full of the scent and buzz of live honeycombs. These elements help to highlight one of the artist’s key messages, that these interventions and endangerment issues are much closer than we might otherwise think. Held in a space associated with death and burial, Masai’s work takes on a poignant urgency; if we do not act, these animals too may soon be nothing more than ashes and dust.

Works in the show include a specially created animatronic penguin, built with a robotics specialist, that stands atop an oil drum, a slick black pool collected at the base. Strewn across the floor next to another work, a painted elephant, an AK47 lies surrounded by empty shells, a poignant reminder of the cost of the ivory trade. Central in the show are sculptures depicting a bee, an animal whose very existence in the ecosystem supports our own ongoing survival and is yet slaughtered in the millions through pesticide waste. Three distinct sculptural iterations of this bee stand in the gallery space, a bronze cast, a gold-plated edition and large, provocative resin transparent casts.

Speaking about the exhibition, Masai says:

Climate change is in full effect, with one of the major factors being the ‘6th Mass Extinction’. Species are becoming extinct or missing in our biodiverse world. This is a real issue that we face as humans, and as an artist, I feel it’s my duty to draw attention to this issue. Through my work I hope to remind people of the urgency we face, highlighting our place amongst creatures who are a critical part of our delicate ecosystem

As humans, we divide continents, we put up barriers and borders that are not understood by animals, whose survival often relies on nomadic crossbreeding. Our impact is vast, and Masai’s work highlights this, expressing the true cost of our place in this world.

Missing will be in The Crypt Gallery, Euston. The exhibition will run from Friday 25th May to Sunday 27th May 2018.

Written By
Mark
More from Mark
The superstitious of us all have our lucky numbers. Strangely, they are...
Read More